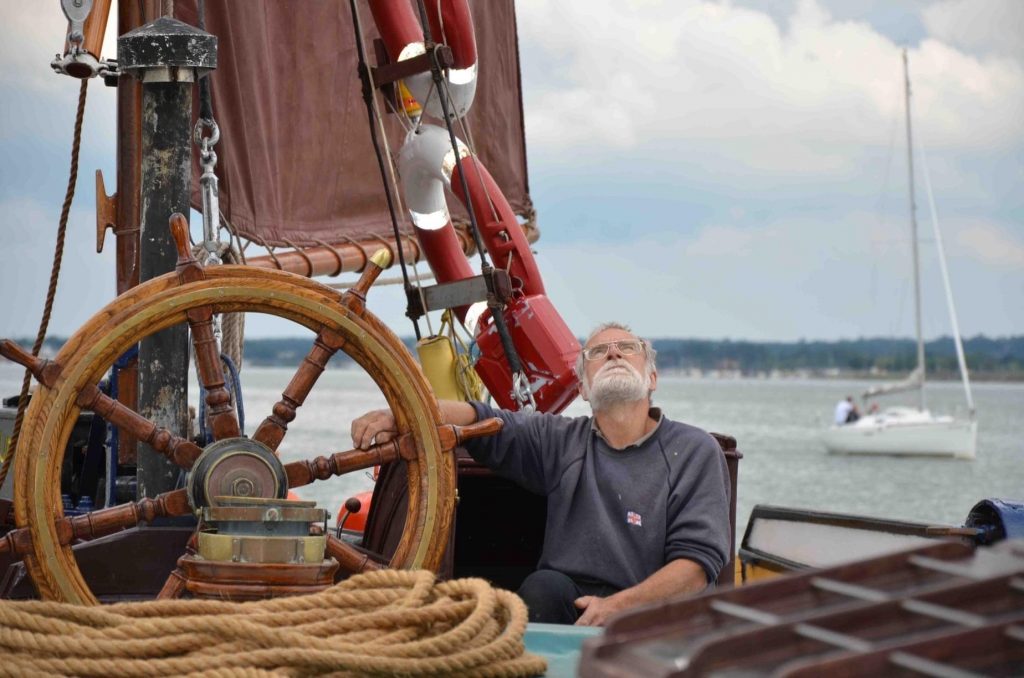 Tim has been a member of the Trust since 1975 and for many years has managed the maintenance and repairs to the historic sailing barge Centaur which was built in 1895 and is on the National Historic Ships and Fleet Registers.

Tim spends many hours looking after Centaur throughout the year and over the last 2 years has continued to look after Centaur even during the pandemic.

The National Historic Ships Award ceremony was held virtually on Tuesday 23rd November for the second year running and was presented from Boathouse 4 in Portsmouth Historic Dockyard and presented by guest presenters, historian, broadcaster and host of The Mariner’s Mirror podcast, Dr. Sam Willis and writer, broadcaster and lecturer Paul Atterbury.

The Marsh Volunteer Awards, which have run since 2011, celebrate an Individual volunteer and Group of volunteers who have contributed towards looking after our maritime heritage. Tim was presented with a certificate and cash prize of £500. Prizes are supported by the Marsh Christian Trust and can be spent as the winners choose.

The Trustees of the Thames Sailing Barge Trust said they were very pleased that Tim’s exceptional contribution to Centaur had been recognized by the awarding of this prestigious prize and thanked Tim for his huge support over many years. Centaur was a credit to his hard work and dedication.

Tim said it had been great fun working on Centaur over the years and thanked National Historic Ships UK and the Marsh Christian Trust for the award.